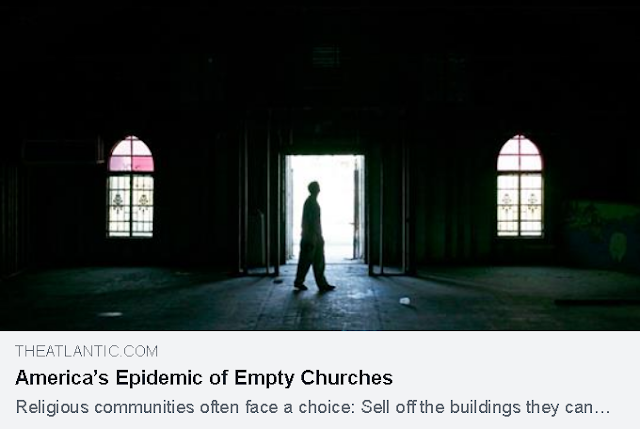 Many of our nation’s churches can no longer afford to maintain their structures—6,000 to 10,000 churches die each year in America—and that number will likely grow. Though more than 70 percent of our citizens still claim to be Christian, congregational participation is less central to many Americans’ faith than it once was. Most denominations are declining as a share of the overall population, and donations to congregations have been falling for decades. Meanwhile, religiously unaffiliated Americans, nicknamed the “nones,” are growing as a share of the U.S. population.
at 26.11.18