LEFT BEHIND IN NORTH PARK 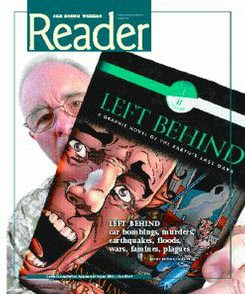