First published in "A Witness and A Testimony" magazines, 1927. 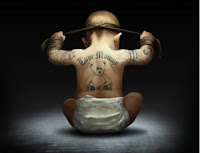 Lack of spiritual perception and discernment is accountable for more confusion, paralysis, ineffectiveness, and failure in Christian life and service than we realise.

This lack is itself an indication of many things, but primarily of failure to mature or develop in spirit. In other words it implies spiritual infancy. There are very many of the Lord's children, truly born again, who, while they have become mature men and women, rich in experience so far as Christian work and works are concerned; and more or less mellowed by years, made steady by disillusionments and the vanishing of fancies, dreams, idealisms, romances, before the chilly winds of frigid facts; whose sympathies are enlarged because of an expanded knowledge of human weakness and suffering, and who, in many other ways have become good and kindly and full of that knowledge which restrains from extremes and checks preponderances, are, nevertheless, still very immature in those spiritual faculties which discriminate in things that differ.

It would seem almost impossible to lay too great an emphasis upon the fact that to fully satisfy the mind of God in His eternal conception and purpose, initial conversion is not enough, and at least twenty of the New Testament books were written for "The perfecting of the saints unto the work of ministering." 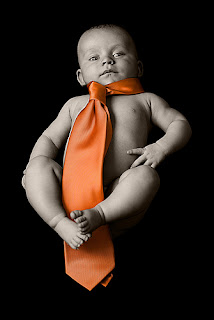 It is not one of the least important of these vital discriminations that the laying under grace of our natural life, its temperament, disposition, and constitution, so that our soul is purged and sweetened is not the same as having our spirit quickened, energised, endowed with spiritual gifts, and exercised unto essentially spiritual service. There are many benevolent and benign old saints who are pathetically lacking in this latter sense.

The first may be passive in temper, though active in "good works," but the second will see through and beyond and know by spiritual discernment (not shrewd natural judgment) whether a thing be of God or not, and what are the limits of the Lord's acceptance, approval, and seal.

There are "many mighty works" in His Name which stand in no relation to Him, and only that which the Father is doing can carry His resource. The knowledge of such things is spiritual discernment. Not all work FOR God is service TO God. A child's sincere desire to help its mother may only result in more mess. So in the matter of service there is the great difference between engaging in work in His Name, which seems to us to be good and right and necessary and even scriptural, but which fails to achieve His end even while it seems to be successful; and on the other hand there is that which springs firstly out of a revelation of self which brings one to an end of their own works for God, and then a revelation of the Lord which makes spiritual ministry possible. We must be constituted ministers by the things wherein the Lord has appeared unto us, and will yet appear unto us, "for to this end have I appeared unto thee, to appoint thee a minister and a witness both of the things wherein thou hast seen Me, and of the things wherein I will appear unto thee" (Acts 26:16).

This limits all effectual service. Is it by revelation or is it on any other ground?