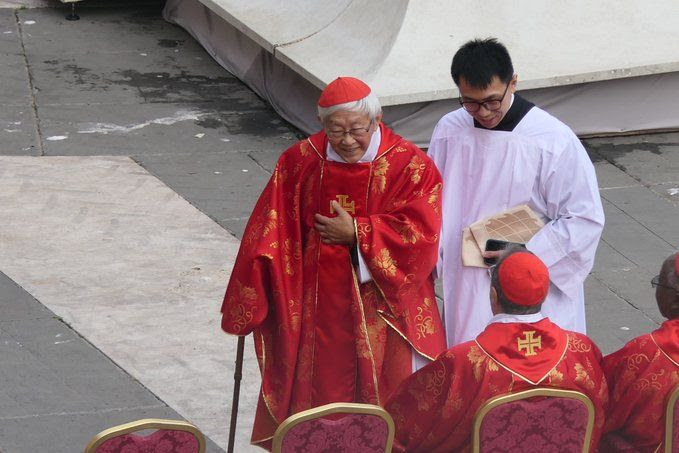 Cardinal Joseph Zen has said that he is “very concerned” about what could happen with the ongoing Synod on Synodality and that he is praying that “our pope will have greater wisdom.”

In an interview with the Italian newspaper Il Giornale published on Jan. 17, Zen said he hopes the synod will change from its current course.

“I fear that the synod is repeating the same mistake of the Dutch Church 50 years ago when the bishops backtracked and accepted the faithful to lead the Church; then their number decreased,” he said.

The retired bishop of Hong Kong was likely referring to the Pastoral Council of Noordwijkerhout held in the Netherlands between 1966 and 1970, which called for Church authority to be carried out in dialogue, for women to assume ecclesial roles, and for priestly celibacy to be optional in the Church.

The council followed the publication of the “Dutch Catechism,” a text so controversial that Pope Paul VI asked a commission of cardinals to examine its presentation of Catholic teaching.

In the interview, Cardinal Zen also reflected on his private meeting with Pope Francis when he was allowed to travel to Rome for the funeral of Pope Benedict XVI earlier this month, calling it “a wonderful meeting, very warm.”

“I thanked the pope for the good bishop appointed to Hong Kong in 2021,” Zen said, referring to Hong Kong Bishop Stephen Chow.

He said Pope Francis replied: “'I know it well, he is a Jesuit!’”

The cardinal, who turned 91 last week, also told the pope about how he has dedicated his time over the past decade to prison ministry in Hong Kong and has baptized several prisoners: “Francis said that he was very happy for my ministry.”

Zen himself was arrested last year under Hong Kong’s national security law. He said that Catholics in China are living in a difficult situation and “we must never forget to pray in these difficult times.”

“Many faithful bear witness to their faith conscientiously but we know that when the situation becomes difficult, some think only of their own interests. We continue to uphold truth, justice, and charity. Darkness will not win over the light,” he said.