An Unprecedented Moment for the Modern Church

In the near decade since Benedict stunned the Roman Catholic Church and the world by becoming the first pontiff in nearly 600 years to retire, an awkward and captivating arrangement pervaded the church. Two popes, past and present, traditionalist and reformist, both cloaked in white robes and invested with moral authority, coexisted on the same minuscule grounds. 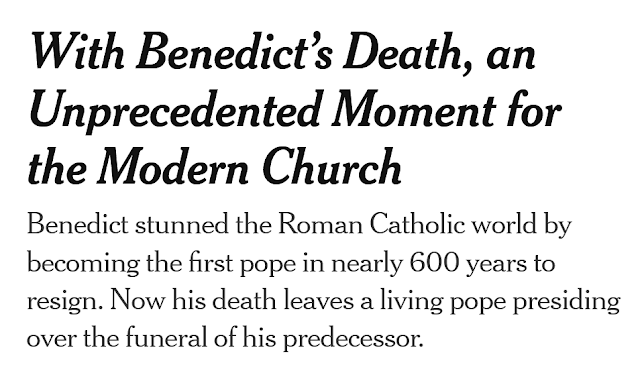