An ode to the Hipster 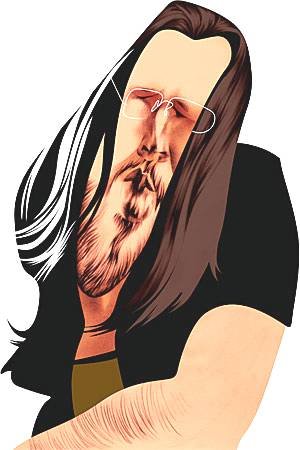 An ode to the Hipster

Our search for the rebels of the generation led us to the hipster. The hipster is an enfant terrible turned inside out. In character with his time, he is trying to get back at the conformist by lying low . . . You can’t interview a hipster because his main goal is to keep out of society which, he thinks, is trying to make everyone over in its own image. He takes marijuana because it supplies him with experiences that can’t be shared with “squares.” He may affect a broad-brimmed hat or a zoot suit, but usually he prefers to skulk unmarked. The hipster may be a jazz musician; he is rarely an artist, almost never a writer. He may earn his living as a petty criminal, a hobo, a carnival roustabout or a free-lance moving man in Greenwich Village, but some hipsters have found a safe refuge in the upper income brackets as television comics or movie actors. (The late James Dean, for one, was a hipster hero.) . . . It is tempting to describe the hipster in psychiatric terms as infantile, but the style of his infantilism is a sign of the times. He does not try to enforce his will on others, Napoleon-fashion, but contents himself with a magical omnipotence never disproved because never tested. . . . As the only extreme non­conformist of his generation, he exercises a powerful if underground appeal for conformists, through newspaper accounts of his delinquencies, his structureless jazz, and his emotive grunt words.

Language Evolves Right Before Our Ears