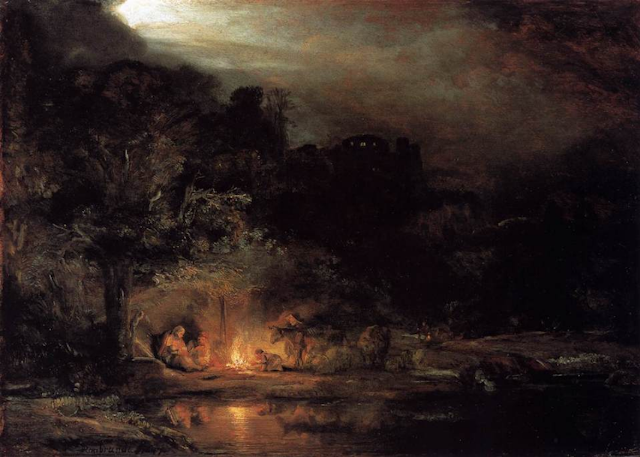 “In the Word was life, and the life was the light of men. And the light shines in the darkness.” Thus John describes the incarnation of the Son. He comes as the living and life-giving light of the world.

That’s good news. In the beginning, God spoke and light shone into the darkness, and unending light is the image of eternal life in the book of Revelation. Between these endpoints, Jesus is the dawn of a new day, the beginning of new life for the world.

Because light dispels darkness, it exposes us who are covered in darkness. And when we are exposed, we are ashamed.

Throughout the Old Testament, the God who is light dwelt in Israel, but His light was hidden away behind tent curtains. God’s light was set on a lampstand, but it was hidden under a bushel.

With the incarnation, the hidden God of Light comes out of hiding, and the proud and the self-protective scuttle for cover. Once upon a time, God winked at ignorance and sin. No longer. The new covenant doesn’t soften the demand for repentance but intensifies it.

The first advent is in Genesis 3, when Yahweh comes in the Spirit of the day calling for Adam and confronting his sin. Since then, every time the Lord of light comes, it means exposure, shame, judgment. Every time the light comes, we are tempted to reach for the fig leaves.

During this Advent season, resist that temptation. Don’t blame others for your sins. Don’t try to cover up your sins. Don’t turn from the light but towards it. Ask God to shine the light of Jesus into your darkness to overcome the darkness. Because the light is life, even when it feels like death.