Certain names are synonymous with Christianity Today, both its past and its present. Billy Graham (our founder) and Carl F. H. Henry (our first editor) are two that leap readily to mind. There aren’t many writers, however, who’ve forged a more enduring bond with our readers than Philip Yancey, who was a longtime CT columnist and editor-at-large. We still receive letters addressed to Yancey from admirers who probably assume, naturally enough, that he’s based here in suburban Chicago like most of our regular staff members. 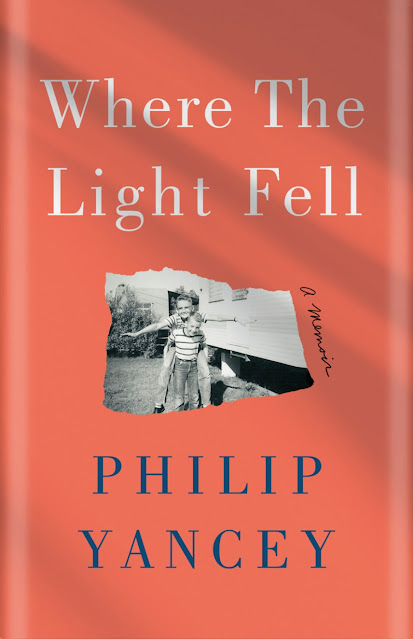 Many of Yancey’s books and articles have an autobiographical dimension, covering remembrances of a traumatic Southern fundamentalist upbringing, reflections on God’s great grace, and meditations on the problems of pain and suffering. In a new and much-anticipated memoir, Where the Light Fell, Yancey offers his most candid self-disclosure yet, taking readers even further into the experiences that broke and remade him. Writer Leslie Leyland Fields, who knows a thing or two about the art of personal storytelling and tricky family dynamics, reviewed Yancey’s memoir for the October issue of CT.

“This account is about more than personal redemption,” writes Fields. “Yancey not only comes to a genuine faith in Jesus Christ, but his faith now leads him to return to those he harmed through the callousness and racism he absorbed as a child. He undertakes and reports on an extended ‘tour of amends.’

“Here, I pause. I did not expect this. Yancey’s own remarkable story, his crooked and unlikely path to faith, is compelling on its own. But these powerful final chapters transcend the usual bounds of memoir or spiritual autobiography. In the incisive book Looking Before and After: Testimony and the Christian Life, Alan Jacobs argues for enlarging our ‘testimonies of conversion’ into ‘testimonies of imitation and vocation’ that offer wisdom and build up the church. Yancey does exactly this, not by sermonizing or issuing a call to collective repentance, but through modeling a commitment to confession and reparation.

“The memoir itself is an answer to the question that looms throughout: What do we do with the burdens, sins, and pain of our past?”

“Yancey invites us to gaze at the radically different pathways he and his family have taken. Yancey’s mother, still living at 97, has not read any of her son’s books. Nor has she released her grip on legalism or disavowed the vow that led to such relational wreckage. She and her eldest son remain estranged, locked in what Yancey calls the ‘dark energy’ of wrong theology, resistance, and ‘ungrace.’ But a third way is possible, he writes—to ‘stitch together all the strands, good and bad, healthy and unhealthy,’ believing that pain can be ‘useful, even redemptive.’”