Many people fighting for Black liberation and against white supremacy view the prison system as both a symptom and a driver of racism in the U.S., activists and scholars told NCR. 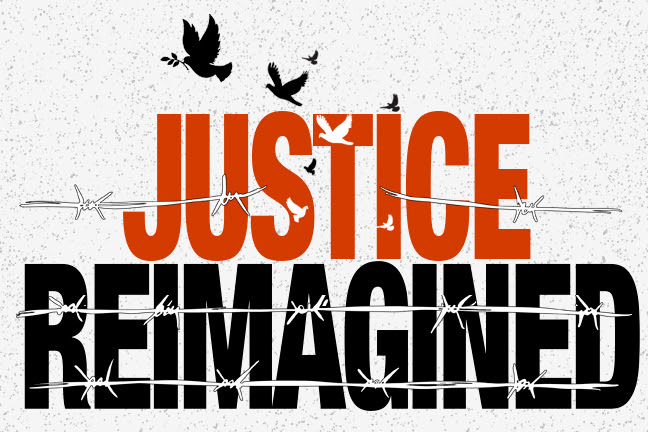 "Policing, surveillance [and] imprisonment have with startling uniformity been used to harm Black, brown and Indigenous people," said Dwayne David Paul, a Catholic educator and writer who works for the Collaborative Center for Justice but spoke to NCR in his capacity as a private individual.

When it was first founded in 2019, Abolition Apostles, a Christian prison abolitionist group, was local to New Orleans and had no internet presence, said its co-founder, David Brazil. About two years later, it has more than 1,400 members across the country.

This is the first story in a four-part series, Justice Reimagined, that will look at the prison abolition and reform movements, as well as what might work better: restorative justice.

Ryan Fecteau was on a mission when he returned to his old school for a virtual meeting in February. He was pleading for the student government at the Catholic University of America to vote in favor of an LGBTQ club's right to exist.

"I have not been this nervous to speak in years," Fecteau said, as recorded in minutes obtained from the Feb. 22 meeting.

That's a surprising statement from the speaker of the Maine House of Representatives. But before he was the speaker, he was the president of CUAllies, the Washington, D.C., school's underground club for queer students.

When Fecteau graduated, CUAllies was in the same position it had been when he arrived his freshman year. But when he returned to his alma mater more than 10 years later, it was déjà vu. He was back for a repeat vote by current student leaders, again fighting a small battle in the Catholic Church's debate over gay rights.