How local churches can foster racial justice and reconciliation

“If I get a ticket for a light not being lit, there’s five cops, guaranteed, because I’m 5 foot 10 inches, 300 pounds. That’s not happening to you [looking at me]. I’ve done all the right things. I went to college. I’ve been married for over 25 years, been in ministry for 30 years, I became vice president of the [Southern Baptist] Convention, but I still get nervous when a cop comes by. All he sees is a black guy. I should not have to have that fear. You [looking at me again] don’t have that fear. I live that fear every single day.”

New Seasons is a large, multi-site church comprising a diverse array of ethnicities.

“Everyone goes through pain, everyone wants to experience love, and we can’t survive without hope,” says Vines. “Everybody at some point needs those three things. It’s universal.” 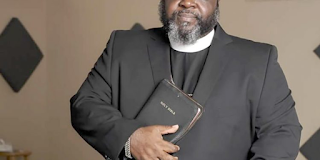 Despite our shared humanity, however, the majority population sets the standards for intelligence, success, and acceptability.

“The Anglo population thinks or has been thinking or assuming that they are the model and the measure for success,” says Juan-Daniel Espitia, Pastor of Hispanic Ministries at Solana Beach Presbyterian Church in North County. “The Anglo ethnocentric perspective has criminalized whomever looks different, whomever has an accent, whoever’s skin is like mine [brown]. It has been criminalized and thought of as a thief or someone who is going to hurt you or me and our children so we must get rid of them.”

While the church may not be able to undo four centuries of racial injustice entirely on its own, it is in a unique position to facilitate one of the greatest needs of our time.

According to City Life Church Pastor Dale Huntington, “there’s a lot of wisdom we can gain from people in these neighborhoods. For the longest time I thought that I needed to speak up on behalf of people, and [now] I’m trying to learn how to speak up for people to listen to other people. We need to have a learning posture from all people.”

As close communities with common beliefs and values, churches are ideally situated to foster open and honest conversations about race.

“I think one of the things we need to cultivate is learning to listen to each other,” says Espitia. “There are a lot of assumptions, prejudices, judging before, and that means that there is fear and ignorance about ‘the other.’ We need to learn to listen with empathy and respect.”

Mid-City Church of the Nazarene in City Heights takes this principle one step further by ensuring that multiple ethnicities are represented in the church’s leadership.

“I think the beauty in the multi-congregational model is in how we make decisions together and govern together when it comes to ministry or responses to, say, Black Lives Matter,” says Mid-City Pastor Becky Modesto. “Because you have so many different cultural perspectives, you have to really listen well. Taking time to have people who are different than you at the table is really important.”

During recent protests in San Diego to police brutality, Mid-City didn’t unilaterally take action to express its opinions. Instead, they reached out to the local stakeholders to hear what they felt would be most helpful from the church.

“I called several leaders here and just asked, ‘how can we best walk alongside you?’” says Modesto. “[It’s about] listening to people’s stories, that empathy of just sitting there, just listening and understanding.”

Empathetic conversation with people who are not like us or with whom we disagree, however, is not easy. “One of the problems is that we’re not willing to see if perhaps we’re participating in systemic racism and benefiting from it,” says Huntington. “We’re just willing to say, ‘I’m not a racist.’ And there’s so much more digging to do.”

Overt racism is easy to spot and easy to correct. It’s the subtle biases, the things we think and say and do without even realizing it, that are most insidious.

“If I go into an elevator, a white woman is going to hold her purse tighter. When I go shopping at Nordstrom’s, I’m going to get followed. Those things have got to be really recognized and dealt with,” says Vines.

Espitia believes that the kind of dialogue that makes a real difference requires humility. “Humility is the one characteristic that would allow us to see ‘the others’ the way God sees them. Humility would be the prerequisite.”

With humility and empathy as the guiding principles, Espitia and Solana Beach Presbyterian Church held monthly meetings on hot-button immigration issues. “Many ministers are aware of these things, but they are scared of what their congregation is going to do,” he told me.

After a year of complex immigration conversations, they decided to ask a parishioner named Pedro who had migrated to the United States to share his story with the church body. “When he presented his testimony, the congregation started to applaud and stood up.” No one, not even Espitia, expected that kind of gracious response.

“Churches need to find their voice, and they need to be the nourishing environment where open, honest, humble, and respectful conversations occur.”

Today, the local church has an opportunity – some would say a responsibility – to step up and make a tangible difference in the lives of people in our communities who feel unheard, unvalued, and often unwelcome. The time has come to open our minds, our hearts, and our front doors to empathetic and humble conversations about racism in San Diego.

— David Edward Cummings, PhD is a professor of biology at Point Loma Nazarene University and author of “Everybody’s Got Bears,” available on Amazon.