First transmitted in 1961, Martin Luther King talks about his childhood experiences and the incidents that led to the Montgomery bus boycott. These events shaped King's life and led to him becoming a national figurehead and civil rights leader. He is questioned on whether he feels fear or loneliness in his position, as well as his own feelings on his adequacy as a leader of the civil rights movement in America.
The interviewer was the Late John Freeman. 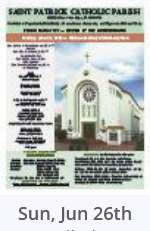