A Christian leader has died 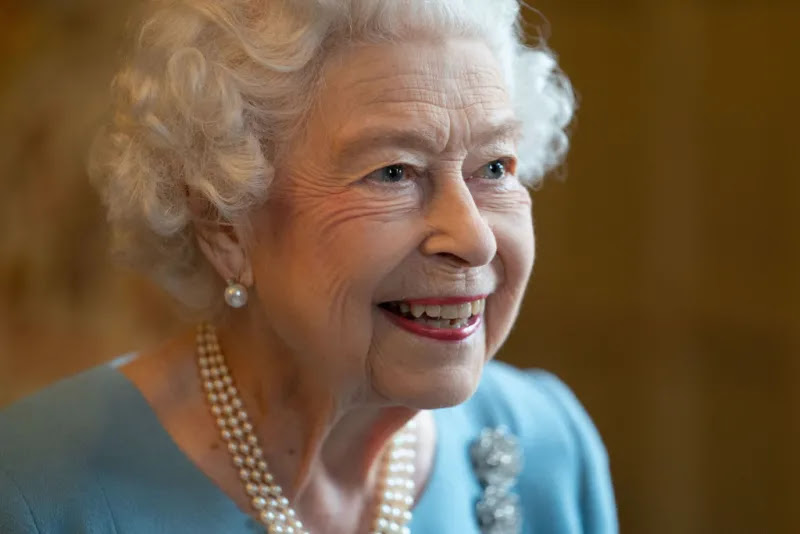 Queen Elizabeth II celebrates the start of the Platinum Jubilee
during a reception in the Ballroom of Sandringham House on Feb. 5, 2022, in King's Lynn, England.
The Queen came to the throne on Feb. 6, 1952.
She died Sept. 8, 2022, at Balmoral Castle in Scotland.
Photo Joe Giddens / by WPA Pool/Getty Images

She was a vocal proponent of the practice of religion, whether it was Anglican or not. She used her Christmas Day message to call for interfaith harmony. On the occasion of the Diamond Jubilee marking the 60th year of her reign in 2012, she and the duke of Edinburgh attended a multi-faith reception at Lambeth Palace hosted by the archbishop of Canterbury.

“Faith plays a key role in the identity of millions of people, providing not only a system of belief but also a sense of belonging. It can act as a spur for social action,” the queen said.

“Indeed, religious groups have a proud track record of helping those in the greatest need, including the sick, the elderly, the lonely, and the disadvantaged. They remind us of the responsibilities we have beyond ourselves,” she said.

In matters of personal faith, the queen was said to have been deeply religious. The Washington Post reported that, according to Oxford University theology professor Stan Rosenberg, the queen had “a deep vibrancy of faith,” and “read Scripture daily, attended church weekly, and regularly prayed.”

Her Christmas radio messages were sometimes deeply personal and revealed a life of prayer and faith.

“I know just how much I rely on my faith to guide me through the good times and the bad,” she said in 2002. “Each day is a new beginning. I know that the only way to live my life is to try to do what is right, to take the long view, to give of my best in all that the day brings, and to put my trust in God. … I draw strength from the message of hope in the Christian Gospel.”