Note.—As Ch. xi. of Genesis forms a decisive period in human history, I think it well to add a note to endeavour to remove a difficulty that has for generations puzzled students of the Holy Scriptures, In regard to the age to which the men before Abraham are stated to have lived. Sceptics have delightedly used this point as a weapon of assault upon Biblical history, and thus upon the Christian Faith. But the difficulty, It appears to me, has arisen from a want of knowledge amongst both the believers and skeptics of Europe and America of the methods of expression used in the primaeval literature of Asia, as Governor Holwell pointed out a century and a half ago in his " India Tracts," and the modes of thought prevalent among the earliest races of that continent, and which, at 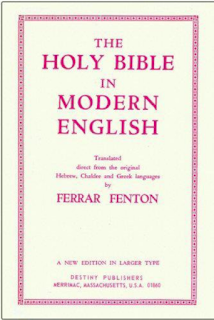 least in their religious affairs, continue to this day and have even been continued in the legal vocabulary of the British Constitution to our own times. Thus our constitutional lawyers and books tell us that, according to our law, "The King never dies,—he only vacates the throne," or demises the crown, yet no one imagines, or asserts by that expression, that the present reigning monarch is twelve hundred years of age, as he would be, dating from King Arthur, who is said to be his remote ancestor, or "father," as he would be called in the Hebrew, Arabic, or Chinese languages. The phrase of our constitutional law is merely what we now call a "survival” of a very ancient theory.

That theory, and the linguistic Idiom of the first eleven chapters of Genesis, as still used in the religious ideas, and expression of them, amongst the Tibetans, Chinese, and kindred nations, is, that their Royal High Priest, the Great Llama, and his subordinate high priests, equivalent to our archbishops of provinces, never die, but that their souls, their real selves, when their visible bodies grow old and inconvenient to them, go and select a son, or some beautiful child or youth, into whom they enter, and through whom they continue to exercise their beneficent duties as kings and priests, and thus are thousands of years old.

We know, from universal history, that the chief of every tribe was formerly always both priest and ruler, and as a fact in all organized states the chief magistrate, king, or president is actually so in our day, and decides with his advisers what doctrines or forms of religion shall be allowed amongst the citizens of the states over whom he, and they as his adminis­trators, rule. I refrain from quoting illustrations for want of space. The fact is clear to every man who reflects.

Using the above lamp of history by which to read the early chapters of Genesis, we may safely conclude that the patriarchs of such apparently incredible length of life were actually priest-chiefs of tribes, whose souls were believed to have passed from the first organizer of the tribe, or the man who as head of a family originated, as Abraham, Isaac, and Jacob did, a powerful house which developed into a nation, and who ruled it by their descendants until by internal revolution or by being unseated and expelled from their hereditary offices by some conqueror, were said to have " died," in the linguistic idiom of their times.

This interpretation of that idiom was suggested to me when studying St. Paul's argument founded upon the history of Abraham, The Apostle, in the fourth chapter of Romans, quotes the fact that Abraham believed the promise of the Divine messenger that he should beget a son, when between 80 and 100 years of age as a stupendous exhibition of" faith in God," when he believed that God could accomplish that promise by restoring to him, Abraham, procreative power, which the patriarch knew had ceased in himself by the natural decay of age, as It did in all men. But if Abraham's ancestor, Arphaxad, and his father, Terah, and all his contem­poraries, had been accustomed to his own knowledge to produce " sons and daughters " from 35 years of age until 478 to 500 years, as recorded in Genesis, Ch. xi., and his grandfather, Nakhor, who died young, to 148, and Terah, his father, when 205 years old, it would have needed no faith at all of an extraordinary kind for Abraham to believe he could do the same when only 80, or need any special restoration of his youth by Divine power to enable him, as the messenger and the Apostle both said it did. It has long appeared extraordinary to me that neither the assailants of the Bible, nor its defenders, have seen this question in the light I now put it, and which is undoubtedly the right one.

St. Paul was a man of the most powerful and clear intellect, and from his splendid line of inductive reasoning relating to the subject he had in hand, proves that he was accustomed to read the First Book (or, as we call it now, Chapters) of Genesis in a very different sense to modern students, and evidently, from his studies of ancient Asiatic writers, now lost to us through the barbarian ravages and stupid illiteracy of the Romans, with a knowledge that the sense was different to the idiom of his day, and what my own researches in Oriental literature and history have shown to be the correct one, as above.

My defence for making this long note is, that this matter has been brought to me so frequently by sincere Christians as a tormenting source of doubt and mental unrest, and by anti-Christians triumphantly as a weapon to assail all religion, that I have felt it absolutely necessary to present the religious and scientific publics with the only true and rational solution of the problem; a solution supported by history.