Pope Francis says he hopes Vatican-China deal will be renewed

Pope Francis says he hopes Vatican-China deal will be renewed 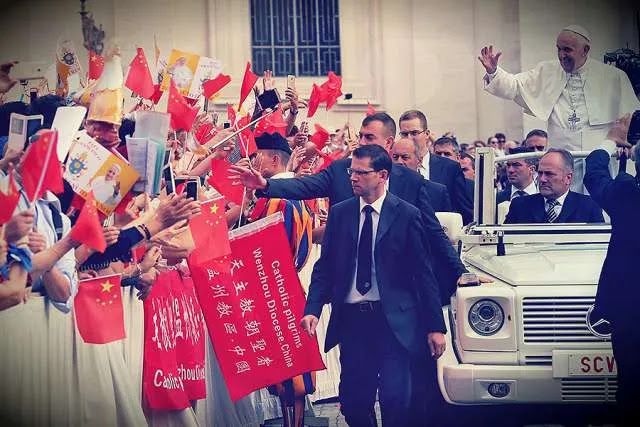 Pope Francis waves at pilgrims from China at the general audience in St. Peter's Square on Sept. 7, 2016. / Daniel Ibanez/CNA.

Pope Francis said he hopes the Vatican’s provisional agreement with China on the appointment of Catholic bishops will be renewed for the second time in October.

In comments to Reuters published Tuesday, the pope said “the agreement is moving well and I hope that in October it can be renewed.”

The Vatican-China agreement was first signed in September 2018 and then renewed for another two years in October 2020. The terms of the agreement have not been made public.

Pope Francis spoke to Reuters about the China deal in a 90-minute interview which also covered his health, resignation rumors, and the overturning of Roe v. Wade.

In September 2021, the Vatican confirmed that the sixth Catholic bishop had been ordained under the agreement’s terms.

Seven bishops ordained before the 2018 agreement have also had their positions regularized by the Vatican.

Pope Francis said the appointment of bishops under the deal in China “is going slowly, but they are being appointed.”

The slow process, he said, is “‘the Chinese way,’ because the Chinese have that sense of time that nobody can rush them.”

Father Bernardo Cervellera, former editor-in-chief of AsiaNews, told CNA last year that the bishops who have been nominated and ordained are close to the Patriotic Catholic Association, “so this means that they are very near to the government.”

The Catholic Church is still in need of around 40 more bishops in China, according to Cervellera.

In the Reuters interview, Pope Francis said the Chinese “also have their own problems because it is not the same situation in every region of the country. [The treatment of Catholics] also depends on local leaders.”

He also defended the Vatican-China deal against its critics.

He compared today’s critics and those who spoke negatively of the Vatican’s diplomatic decisions during the Cold War, when the popes struck deals with Eastern European communist governments in an attempt to protect the interests of the Catholic Church.

“Diplomacy is like that. When you face a blocked situation, you have to find the possible way, not the ideal way, out of it,” the pope said.

Language Evolves Right Before Our Ears