When Martin Baron, one of the most consequential newspaper editors in America, announced his upcoming retirement, he cited his work overseeing the Boston Globe's coverage of clergy sexual abuse and cover-up as a highlight of his journalistic career.

"I think the impact has been really quite profound on several levels," he told NCR ahead of his retirement. "One on investigative journalism, the other on the Catholic Church and then more broadly on institutions that are facing allegations of abuse of various types, but particularly sexual abuse."

His Spotlight team's pioneering work in 2001 and 2002, which earned the Globe a Pulitzer Prize in Public Service for chronicling decades of abuse in the Boston Archdiocese and subsequent cover-up by the most powerful Catholic cleric in the country, Cardinal Bernard Law, was turned into an Academy Award-winning film in 2015 in which Baron was memorably portrayed by Liev Schreiber.

While Baron may be a newspaperman's newspaperman, he doesn't mind the fact that it was a movie that increased his prominence beyond the newsroom, telling NCR it was gratifying to see the way "Spotlight" elevated the importance of journalism.

You can read more of the interview here.

Hazel Johnson, the mother of environmental justice, was Catholic

For more than 30 years, Hazel Johnson worked to clean up her corner of Chicago's southeast side. Her relentless advocacy made her a fixture in local news, and her story has been told in profiles and books and kept alive among her peers in the struggle for environmental justice. But one aspect of her life that's been less explored is her faith.

"It was her faith that got her to the place where she is today," said her daughter Cheryl Johnson.

Ten years after her death in January 2011, at age 75 from congestive heart failure, Johnson's contributions to environmental justice continue to resonate — at a time when the movement has reached new heights around the country and in the White House. 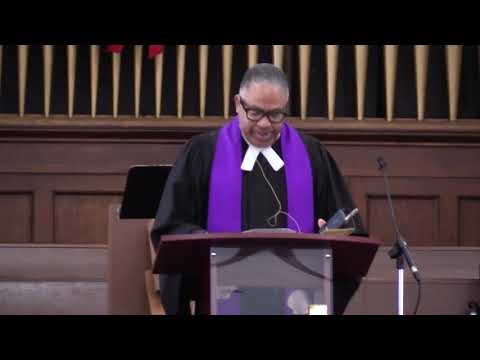