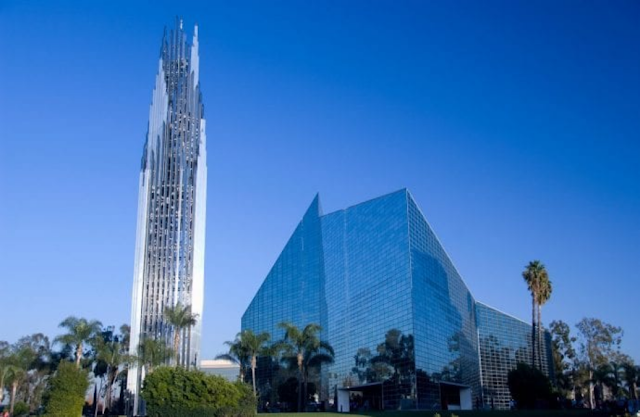 The former Crystal Cathedral in Orange County, California, which now belongs to the Diocese of Orange and has been rechristened "Christ Cathedral."
(Credit: Image from Wikipedia commons.)

The U.S is traditionally a Protestant, even Calvinist, culture, and as a result, Catholics have been compelled to make their peace with the Christian “other” from the very beginning. It’s no accident that the Week of Prayer for Christian Unity, now a global observance, began in the U.S. in 1908 with the Graymoor Friars, led by a Catholic convert from the Episcopal Church.

Christ Cathedral is not only ecumenical in the sense that it was built by a Protestant preacher and televangelist, architecturally reflecting a Protestant sensibility, but also because there’s a graveyard on the grounds containing the remains of members of Schuller’s congregation.
at 9.7.19