Encuentros: Learning from 50 years of synodal experience — if we've been paying attention

"Catholics in the United States have been engaged for 50 years in groundbreaking processes of synodal discernment, dialogue and decision-making," writes Hosffman Ospino in a commentary for NCR. "Some readers may ask: How is this possible? Isn't synodality a novelty, a trend distinctive of Pope Francis' pontificate? How come I never heard of this in my parish, diocese, Catholic school, seminary or college?"

If you asked any of these or similar questions, chances are that you are unaware of some of the most exciting — and yes, synodal — conversations about ecclesial life, mission and evangelization among Hispanic Catholics, who constitute nearly 45% of the Catholic population in the U.S.

"Lack of awareness about the National Encuentros of Hispanic/Latino Ministry (aka 'Encuentros'), and the processes of ecclesial discernment and collaboration at their core, remains a major gap in ministerial formation as well as in our shared understanding of what it means to be American Catholics," Ospino says.

Patricia Espinosa, head of the United Nations' top climate change agency, was among five honorees recognized Dec. 6 by Georgetown University and Hillary Clinton for their leadership and work in advancing women's rights around the globe.

Espinosa has "reminded us that climate change or any other challenge of humanity, cannot be addressed if we leave half of the population of the world behind," Melanne Verveer, executive director of the Georgetown Institute for Women, Peace and Security, said at the ceremony.

The institute presented its 2021 Hillary Rodham Clinton Awards to Espinosa, executive secretary of the U.N. Framework Convention on Climate Change, and four other women whose work included expanding legal services for women in China, opposing child marriage in Africa, and advancing freedoms and education for women in Afghanistan.

Pastor who appeared in drag forced to leave his church

Pastor who appeared in drag on HBO’s ‘We’re Here’ forced to leave his church
Religion News Service: Pastor Craig Duke was relieved from his pastoral duties last week at Newburgh United Methodist Church near Evansville, Indiana, after receiving pushback from congregants over his appearance on the show.
$6.6M awarded to Tree of Life synagogue, site of massacre
Associated Press: The state funding will help “transform this site that has been marked by horror ... into one full of hope, remembrance and education,” Tree of Life Rabbi Jeffrey Myers said.
Supreme Court hears appeal of Maine parents seeking to have state pay for religious schools
CNN: The Supreme Court will return to the issue of religious liberty Wednesday and consider a Maine school tuition assistance program that parents say violates their religious rights under the First Amendment.
The creative resistance of Native American Christian art*
Christian Century: The Christian Thunderbird is once more taking flight.
US religious group says Haitian gang releases 3 hostages
Associated Press: A religious group based in Ohio announced Monday that a violent gang in Haiti has released three more hostages, while another 12 remain abducted.
at 8.12.21 No comments:

What church architecture says about God

Why do some churches have red doors? Is stadium seating in the sanctuary a theological statement? Here’s an introduction to reading what church architecture says about God.

Iowa has paid out $2 million to settle lawsuits brought against the University of Iowa by student groups InterVarsity Christian Fellowship and Business Leaders in Christ.

What two psalms’ conflicting accounts of Israel’s history—amazing and terrible—can teach us about telling the story of the church.

Rastool Berry, raised on Malcolm X and now ministering to Millennials and Gen Z at Cru and Embark, talks to Where Ya From? about the importance of Christian bridge building.

As we read about John the Baptist in today’s Advent devotion, we celebrate how God made a way for our repentance.

In Nepal, a pastor who called on Jesus as he “rebuked” the coronavirus in a viral video has been sentenced to two years in prison for proselytization.

A Pentecostal church was burned down by junta forces in Myanmar. The ousted vice president used to attend services there.

One good rule for churches hosting live nativities: Hang on to your camels.

Three more kidnapped missionaries have been freed by a violent gang in Haiti.

Jesus wasn’t a woodworker. Why do we keep imagining him as one?

The long-awaited and supersized finale of the Rise and Fall of Mars Hill podcast looks at pastor Mark Driscoll’s legacy, the ongoing trauma of spiritual abuse, and the good and hard things to come out of the church’s conclusion.

Today’s Advent reading looks at the sun as a symbol of hope—particularly, the hope of the Son himself.

A parolee sued the director of a Christian homeless shelter in Denver that required he participate in religious activities to stay there. The director is now challenging an appeals court decision against him.

A 99-year-old Baptist pastor has died in Georgia. One of the first Black men to fight in World War II, before returning to the US and answering a call to ministry, Matthew Southall Brown Sr. is remembered as a “pastors’ pastor.”

As Dorothy Day's sainthood cause advances, this Catholic Worker won't be celebrating

On Dec. 8, Dorothy Day's cause for canonization will advance from the New York Archdiocese to the Vatican's Congregation for the Causes of Saints. The event, which signals the conclusion of a national process investigating Day's holiness, will be marked with a Mass celebrated at St. Patrick's Cathedral.

"That's the way people try to dismiss you," Dorothy Day told a reporter for The Chicago Tribune in 1977. "If you're a saint, then you must be impractical and utopian, and nobody has to pay any attention to you. That kind of talk makes me sick." But, longtime activist and Catholic Worker Brian Terrell points out in his commentary that like some other of Day's sharpest comments, this quote has softened with its retelling, coming to rest as "Don't call me a saint. I don't want to be dismissed that easily."

"Of course, to recognize that someone is a saint is not necessarily to dismiss them," Terrell writes. "The fruits of Day's own lifelong devotion to the saints proves this. Day's dread of being dismissed while named a saint, however, is well founded and should not itself be easily dismissed as simple humility."

At the table of plenty, is there room for me?

In a commentary for NCR, Mark Piper writes about returning to his hometown for a memorial service for one of his high school teachers, knowing that another of his former teachers would be also attending and would resurrect an ongoing debate about whether Piper is still Catholic or not.

"But unlike during previous conversations, I simply didn't have the heart to do battle with my interlocutor, whom I now viewed as having the far superior upper hand in this debate," Piper said. "For, in the erudite words of Fr. Bryan Massingale, as a Catholic, I'm exasperated."

"While I couldn't come up with a reason for hope in preparation of that question, a rather profoundly dispiriting notion came to mind — the sunk cost fallacy," Piper writes. "In my own examination of conscience, I wonder, am I still practicing, am I still endeavoring on this way of life within this institution because of the amount of time and energy I have already expended."

“Build the Kingdom of God?” 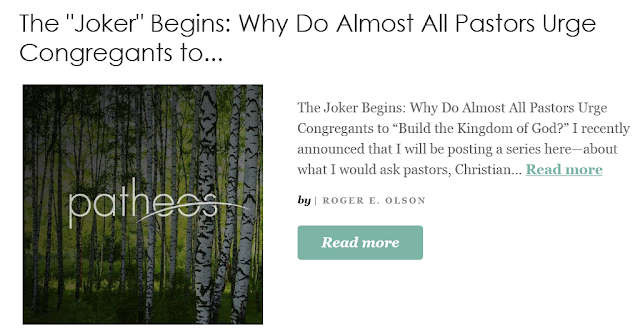 The story behind a stolen Black icon

As COVID continues, church-run food pantries, ministries adapt and expand
Religion News Service: For churches and other faith groups, sharing food is part of their DNA.
Post-pandemic, will the church ever be the same?*
The Wall Street Journal: These photos illustrate how Christian leaders are wrestling with how to keep their congregations going with fewer people showing up.
Iowa to pay $1.9M to settle religious, speech rights cases
Associated Press: A state panel has agreed to spend nearly $2 million to settle two federal lawsuits brought against the University of Iowa in 2017 after a religious group denied a gay student a leadership role.
The importance of queer visibility in religion reporting
Poynter: Nearly half of LGBTQ+ adults identify as being religious. Why are their stories not proportionally included in religion reporting?
The story behind a stolen Black icon
Sojourners: Before the community at Catholic University could address concerns or engage in conversation about the icon by St. Louis-based artist Kelly Latimore, it was stolen.
at 7.12.21 No comments: