Jim Nielsen and his daughter Amy Nielsen appear in this video.
Jim and his wife Eileen have served with TEAM in Japan for 25 years
and we would like to introduce you to their work.

Jim Nielsen grew up in Japan, the son of TEAM missionaries. He graduated from Bethel College with a degree in Fine Art. The Lord led him back to Japan in 1981 as a short-term missionary where he met his future wife, Eileen. The Nielsens have been in Japan since 1990 and finished a church plant in Nagoya area. Jim and Eileen finished their Master’s Degree in Christian Counseling in 2008 and Eileen is currently serving as MCF (Member Care Facilitator) for TEAM Japan. After the tsunami hit Japan in 2011, the Nielsens began doing relief work and ran a volunteer base camp in Iwate for two and a half years. Jim has served for more than 16 years on TEAM Japan’s Ministry Area Leadership Team and as of last fall, has stepped into the role of Ministry Area leader for the Japan field. Since arriving in Japan in 1990, Jim and Eileen have also been working with JECA - (Japan Evangelical Church Association) and also Domei - the church denomination consisting of 250 churches, all of which were planted by TEAM missionaries. 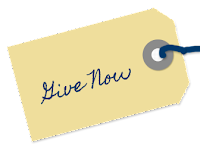 Japan is a land with much spiritual darkness. We often forget that a modern, technologically advanced, well-educated society can be steeped in spiritual darkness, living day after day without hope. Yet this is the case for the vast majority of Japanese, actually 99.57%! Whether worshiping in the cultural tradition of Shintoism where nature, numerous gods and ancestors are worshiped or adhering to the empty philosophies of Buddhism, the Japanese are not finding answers of hope. Turning to materialism and humanism hasn’t provided answers either.

TEAM Japan missionaries have been working in Japan for more than 120 years
and currently have around 70 missionaries serving in various regions of the country.