8 Catholic indie artists you may have never heard of

8 Catholic indie artists you may have never heard of

Jessica Gerhardt, a Catholic and a singer-songwriter living and working in Los Angeles, California, finds tremendous fulfillment building community among and promoting the gifts and talents of other artists.

"I love hosting showcases, bringing artists together on projects, connecting artists with resources and with one another and just doing what I can to amplify their voices and talents so that the world can be blessed by them," she writes, adding that some of her favorite music artists just happen to be Catholic too.

"I really admire when art points to the transcendent without necessarily having to be on-the-nose worship music," Gerhardt writes. "I wanted to highlight a few incredibly gifted artists who create music that is good, true and beautiful across a number of genres. Some of the music uses Catholic imagery or language in unique and poetic or symbolic ways, while other music doesn't explicitly use any Catholic symbolism, but is still rich with meaning and just dang catchy."

Find out more about the artists highlighted in this essay here.

Pope Francis on Feb. 18 declared the late Cardinal Eduardo Pironio to be "venerable," advancing his case on the path for sainthood. Pironio, who died in 1998 at age 77, was an Argentine well known in his 23 years at the Vatican for organizing the early World Youth Day events, a major initiative of Pope John Paul II.

"Pironio had a lesser-known distinction that should challenge investigators at the Congregation for the Causes of the Saints, if they are serious about determining his fitness for the track to canonization," writes longtime NCR contributor Jason Berry.

"In his role governing the congregation that oversaw the world's religious orders, from 1975 to 1984, Pironio's apartment was handsomely renovated by the Legionaries of Christ religious order. This happened during a time in which its founder, Fr. Marcial Maciel Degollado, was accused of sexually abusing seminarians in documents sent to Pope John Paul II." 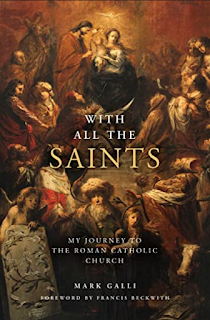