The most significant European war in almost 80 years has begun.

(Track the Russian invasion and see video of explosions near Kharkhiv here.) 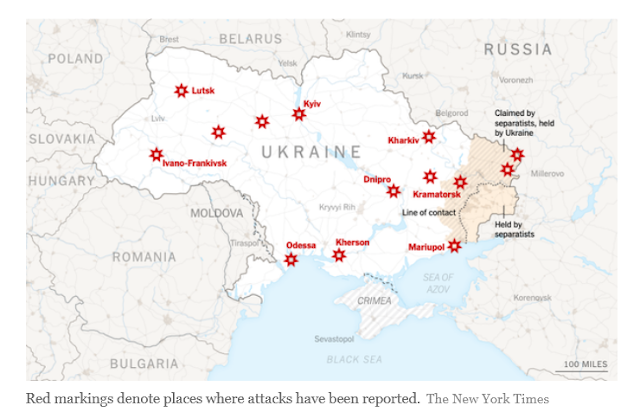 Ukrainians rushed to take shelter in bus and subway stations. In Kyiv, people packed up their cars and waited in long gas lines on their way out of the city. In eastern Ukraine, lines formed at A.T.M.s and gas stations.

“We’ve lived eight years of unending war,” a woman who runs a blood bank in eastern Ukraine told The Times. “There’s nowhere to run. All Ukraine is exploding.”